Noah Zeller was a self-taught musician from Breslau and was largely responsible for the development of both the Waterloo Band and the Berlin Musical Society Band in the early days.  "Zeller is still spoken of in band circles as a fine musician who, with tact and ability, built a band that enjoyed wide Canadian recognition."

Born October 12, 1851, he attended Riverbank School where he persevered with his music and at the age of 18 had his own orchestra in Bridgeport (now a suburb of Kitchener).  There he met Anna Todt whom he married on October 29, 1872.

They moved to Preston (now Cambridge) and lived there for one year.  Noah had played the violin but in Preston his interest in the clarinet lead him to become an accomplished performer.  Some time later, they built the family home at 697 King St. West, Berlin (now Kitchener) where his youngest son Albert lived until 1951. The Zellers had three other sons Julius, Harvey, Ernest and four daughters Ellen, Laura, Alma and Mary.  Although Noah taught music, he worked as a cabinet maker on the side to supplement the family income.

Noah was always interested in band music and studied under William Kaiser in whose band he played E-flat clarinet from 1869 to 1875.  This was the first reed instrument to be heard in a band in this area.  From 1875 to 1880 when the band was under the direction of John S. Smith, Noah continued to play as solo clarinetist.  It was during this five year period that the number of reed instruments grew and the organization became known as the Berlin Musical Society and its ties to the 29th Regiment were established.

Noah took over the leadership of the band in 1880 until 1882. About this time, the band entered a period of disorganization when the town of Berlin severely cut, and even briefly withdrew, its grant to the Musical Society. Zeller then took on the leadership of the newly organized Waterloo Band.  He lead this new band to nine first prizes at band festivals.  He returned to the Berlin band for one year in 1893 and then for a longer period from 1899 until he resigned in 1912.  It was during this time that he lost a foot in a railway accident while travelling to Guelph in 1908.  The band was always travelling.  According to band member W.C. Reick, alto horn, the band made dozens of trips under Zeller and his successor William Forder.  Playing in Toronto every year, often in Hamilton and as far away as Bay City, Michigan, the band was famous throughout Ontario. ("Berlin Band Travels Recalled" K.W. Record, July 20, 1963).

Zeller's main interest in life was band music and besides leading the two larger Berlin and Waterloo organizations, he taught the bands of St. Jacobs, New Hamburg and Baden.  He gave lessons on a wide variety of instruments and assisted many budding musicians.  He was proud of the fact that, during his tenure as band leader, the calibre of musicians had improved to the point where they could play music on sight that, in the beginning, would have taken four months of practice to have it ready to perform. "He was beloved and respected by members of the band and the general public for his knowledge, kindness, understanding and tact."

Taken from an article (one in the series) on members of the Waterloo County Hall of Fame at Doon Pioneer Village, Kitchener.
quotations from W.H.E. Schmalz, historian of the Kitchener Musical Society Band. 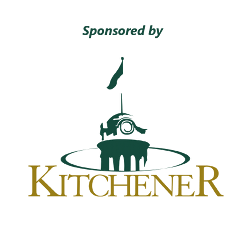